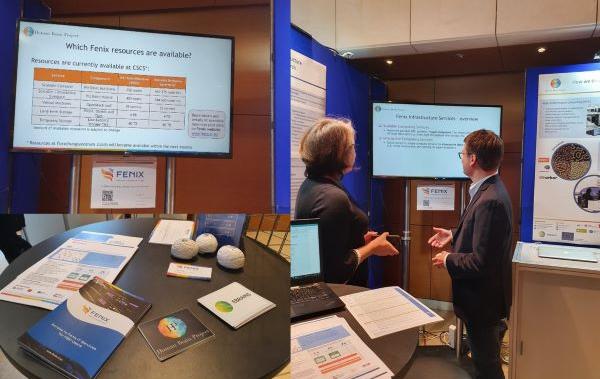 Fenix participated successfully in the HBP Summit and HBP Open Day 2020 for another year with various sessions and dissemination activities that took place on 3-6 February in Athens, Greece. Fenix partners attended the popular event to promote the Fenix infrastructure in several occasions.

During the HBP Open Day on Monday 3 February, Fenix co-organised a booth and participated in the Meet the Experts session with a presentation on Fenix’s Virtual Machines (OpenStack) services. A dedicated Fenix poster was also presented under the title “ICEI: HPC Centres Delivering Federated E-Infrastructure Services” on the second day.

The first Fenix User Forum meeting was one of Fenix’ key activities at the Summit. Held on 5 February, the meeting was “an exciting opportunity to interact with participants and potential users after an introduction to the Fenix services and resources and the newly created Forum”, says Dirk Pleiter, Fenix Technical Coordinator. The full presentation slides of this meeting can be found here. If you are interested to become a member of the Fenix User Forum, you can sign up here.

Two additional Fenix-dedicated sessions were organised during the Summit days. First, a plenary session on "Interactive workflows on HPC or NMC: Europe-wide access to scalable and interactive compute services” chaired by Steve Furber (UMAN) and Dirk Pleiter (JUELICH) was held on 4 February and included six talks on compute services.

Second, a panel discussion, chaired by Thomas Lippert (JUELICH), took place on the last day of the Summit and was attended by many of the Summit participants. The following representatives of leading European Supercomputing centres and Fenix partners joined the discussion: Sanzio Bassini (CINECA), Dirk Pleiter (JUELICH), Sergi Girona (BSC), Sadaf Alam (CSCS), Jacques-Charles Lafoucriere (CEA). Thomas Lippert highlighted in his introduction that Fenix was conceived as child of the Human Brain Project, but will have a lasting impact in shaping a future European e-infrastructure including HPC, cloud and other data services. 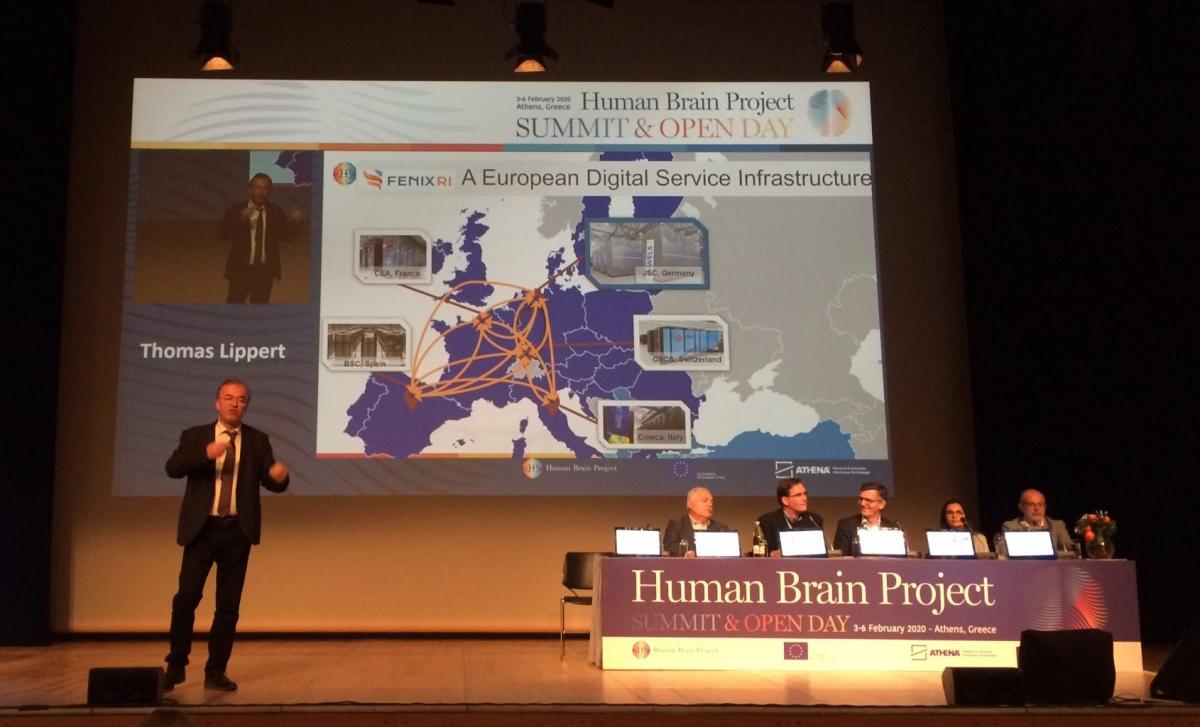 The HBP Summit is the most important meeting of the project gathering hundreds of researchers from participating institutions, representing each of the HBP’s 12 subprojects. The event consists of a 3-day interactive scientific programme, including plenary sessions, keynote speeches, and various scientific sessions. This year, the 7th HBP Summit was organised by the National and Kapodistrian University of Athens and hosted by “Athena” Research and Innovation Center in Athens, Greece.